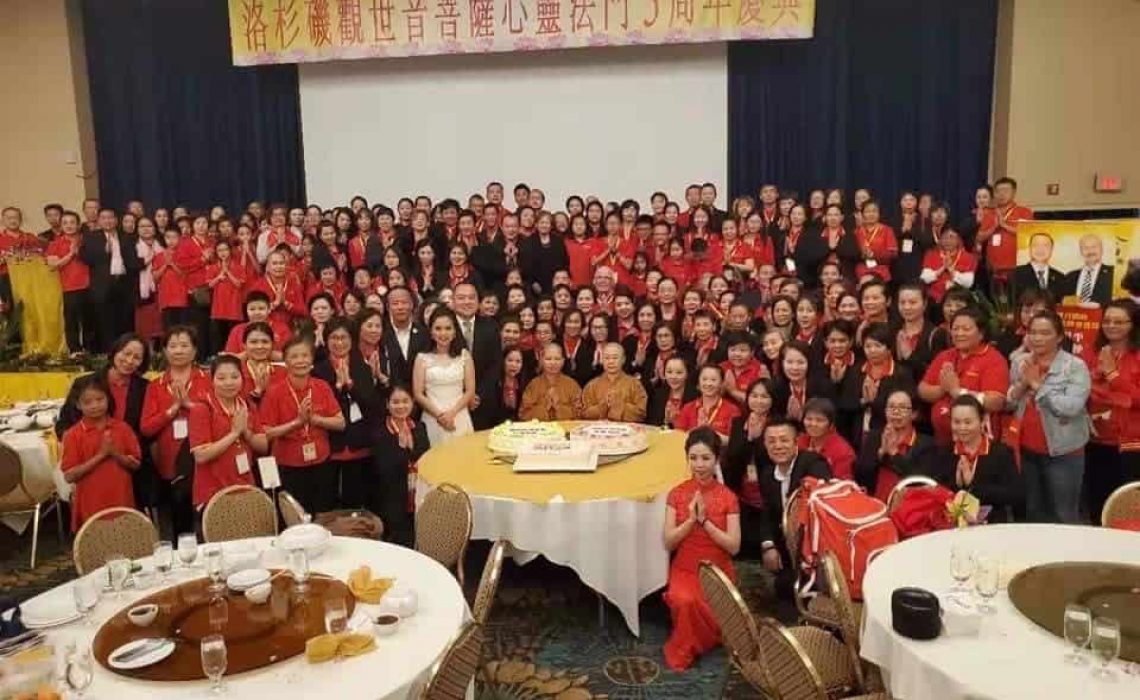 Guan Yin Citta Los Angeles Buddhist chapter was founded in 2014. Under the guidance of Master Jun Hong Lu’s Buddhist teachings, it has been committed to promoting Buddhism and traditional Chinese culture, helping to improve people’s mental welling and restore their peaceful state of mind. To celebrate the chapter’s 5th year anniversary, a large-scale gala show was held on November 03, 2019 at Pacific Palms Resort Hotel in Los Angeles. Nearly 1000 people attended this event. Some of the guests are local political leaders, including the major of Walnut city, Andrew Rodriguez, and the major of Duarte city, Samuel Kang. Hundreds of volunteers from US and Canada get involved and engaged in different levels of work during the event.

Before the gala started, a specially prepared video clip dedicated to the celebration from Master Jun Hong Lu was played to all the audience. Master Lu encourages everyone to open their mind, hearts to understand people, and to be compassionate, and tolerant toward others. The event features performances, free vegetarian food, and a review of the past and present development of the Guan Yin Citta LA chapter. Some young kids from Guan Yin Citta performed the recitation of the Heart Sutra. And some of the singings and dancing, such as the Road to Heaven, Bodhisattva’s tears, brought by volunteers amazed the audience. The event offered free vegetarian meals for every guest in attendance, encouraging people to learn the benefits of vegetarian diet.

The 5th year anniversary is the milestone to embark on the new journey and embrace new challenges. As a registered non-profit organization, Guan Yin Citta LA will continue to be at the forefront of Dharma propagation to spreading the core values of Buddhism and Master Jun Hong Lu’s teachings. Sticking to loving kindness and compassion, volunteers of Guan Yin Citta LA will, as always, put their hearts and souls into the work of helping others awaken their inner wisdom and awareness.